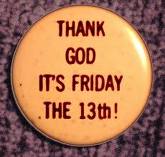 Do 20 seconds of work at each movement in each couplet, take 20 seconds rest then continue.

Complete 8 rounds of each couplet rest 1 minute and move on … until you are fork tender.

10 Reasons Not to Skimp on Sleep

Too busy to go to bed? Having trouble getting quality sleep once you do? Your health may be at risk

You may literally have to add it to your to-do list, but scheduling a good night’s sleep could be one of the smartest health priorities you set. It’s not just daytime drowsiness you risk when shortchanging yourself on your seven to eight hours. Possible health consequences of getting too little or poor sleep can involve the cardiovascular, endocrine, immune, and nervous systems. In addition to letting life get in the way of good sleep, between 50 and 70 million Americans suffer from a chronic sleep disorder—insomnia or sleep apnea, say—that affects daily functioning and impinges on health. Consider the research:

1) Less may mean more. For people who sleep under seven hours a night, the fewer zzzz’s they get, the more obese they tend to be, according to a 2006 Institute of Medicine report. This may relate to the discovery that insufficient sleep appears to tip hunger hormones out of whack. Leptin, which suppresses appetite, is lowered; ghrelin, which stimulates appetite, gets a boost.

3) Diabetes and impaired glucose tolerance, its precursor, may become more likely. A 2005 study published in the Archives of Internal Medicine found that people getting five or fewer hours of sleep each night were 2.5 times more likely to be diabetic, while those with six hours or fewer were 1.7 times more likely.

4) The ticker is put at risk. A 2003 study found that heart attacks were 45 percent more likely in women who slept for five or fewer hours per night than in those who got more.

5) Blood pressure may increase. Obstructive sleep apnea, for example, has been associated with chronically elevated daytime blood pressure, and the more severe the disorder, the more significant the hypertension, suggests the 2006 IOM report. Obesity plays a role in both disorders, so losing weight can ease associated health risks.

6) Auto accidents rise. As stated in a 2007 report in the New England Journal of Medicine, nearly 20 percent of serious car crash injuries involve a sleepy driver—and that’s independent of alcohol use.

7) Balance is off. Older folks who have trouble getting to sleep, who wake up at night, or are drowsy during the day could be 2 to 4.5 times more likely to sustain a fall, found a 2007 study in the Journal of Gerontology.

8) You may be more prone to depression. Adults who chronically operate on fumes report more mental distress, depression, and alcohol use. Adolescents suffer, too: One survey of high school students found similarly high rates of these issues. Middle schoolers, too, report more symptoms of depression and lower self-esteem.

9) Kids may suffer more behavior problems. Research from an April issue of the Archives of Pediatric and Adolescent Medicine found that children who are plagued by insomnia, short duration of sleeping, or disordered breathing with obesity, for example, are more likely to have behavioral issues like attention deficit hyperactivity disorder.

10) Death’s doorstep may be nearer. Those who get five hours or less per night have approximately 15 percent greater risk of dying—regardless of the cause—according to three large population-based studies published in the journals Sleep and the Archives of General Psychiatry.