This ROD was done 1 month ago to the day.

The results are posted below, click on the picture to view.

Perform the above exercises fo max reps for 2 minutes then rest 1 minute…repeat.

Keep track of your reps and write them on the white board. 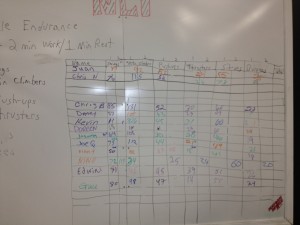 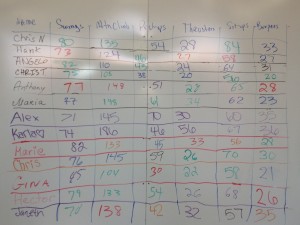 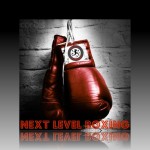 Our Super High Intensity Boxing Circuit class is a 1 hour ass kicking class that will leave you in a fatigued.

Your cardio-respiratory and muscle strength will benefit from our motivational, challenging and fun circuit training set to energetic music.

Push yourself  and see what you’ve got!!!!

Where Do Bad Moods Come From?

What causes bad moods? Why do we sometimes slip into angry fits and melancholy torpors? In general, happy moods have easy explanations – we know why we’re elated. But a bad mood often seems to arrive out of the blue, a gloomy weather pattern that settles in from everywhere all at once. All of a sudden, we find ourselves pissed off without a good reason, which only makes us more pissed off.

The standard theory of bad moods is rooted in a psychological quirk known as ego depletion. Pioneered by Roy Baumeister and Mark Muraven in the 1990s, the basic idea behind ego depletion is that self-control and willpower are limited cognitive resources. As a result, when we overexert ourselves in one domain – say, when we’re on a strict diet, or focused on a difficult task for hours at work – we have fewer resources left over to exert self-control in other domains. This helps explain why, after a long day at the office, we’re more likely to indulge in a pint of ice cream, or eat one too many slices of pizza. A tired brain, preoccupied with its problems, is going to struggle to resist what it wants, even when what it wants isn’t what we need.

A bad mood is no different. When we push our mind too hard, asking it to refrain from carbs and cigarettes, we struggle to avoid the negative thoughts and emotions that lead to sour moods. Consider this 2007 study: The scientists told subjects to refrain from eating a tempting chocolate donut for a few minutes. Then, they insulted these poor (and probably hungry) experimental volunteers. Not surprisingly, those who had successfully resisted the donut were more likely to get aggressive in response to the insult. Or look at the medical literature, in which people on diets are typically “irritable and aggressive.” (This is the so-called cranky dieter effect.) Although we’d like to be happy and polite, those positive moods take cognitive work, and our brain is too tired to care. We lose our temper because we lack the willpower to swallow our angry words.

A brand new paper, published in the Journal of Consumer Research, extends this link between self-control and anger, even as it complicates the ego-depletion model. In a series of clever studies, the Northwestern psychologists David Gal and Wendy Liu demonstrate that the exertion of self-control doesn’t just make it harder for us to contain our own anger – it also make us more interested in watching anger-themed movies, or thinking about anger-related information, or looking an angry facial expressions. In other words, acts of self-control haven’t just exhausted the ego – they actually seem to have pissed it off.

My favorite experiment involved movies. Two hundred and thirty nine subjects were given a choice between a virtuous apple and a hedonistic chocolate bar. (A slim majority chose the apple.) Then, they were offered a selection of movies to watch, from Anger Management (an anger themed film) to Billy Madison (a non-anger themed film.) Interestingly, students were significantly more likely to choose the angry films if they’d first chosen the apple. And it wasn’t just films: another experiment found that people who exercised financial restraint – they chose a gift certificate for groceries over one for spa services – were more interested in looking at angry faces.

What’s driving this effect? Gal and Liu argue that the preference for angry stuff is not simply a result of ego depletion. Instead, they speculate that self-control is inherently aggravating. Perhaps choosing the apple annoys us because our goals have been thwarted – we really wanted the candy bar – or maybe we’re pissed because we feel that our sense of autonomy has been diminished. (If we weren’t so constrained by societal norms and expectations, we would have gorged on chocolate.) The point is that the labor of self-control directly inspires our tendency towards anger, and not indirectly via a worn down prefrontal cortex.

So the next time you decide to resist some treat, be it a day at the spa or a pint of Haagen-Dazs, be sure to keep a few cognitive resources in reserve. You’ll need them to keep the urges of anger at bay.