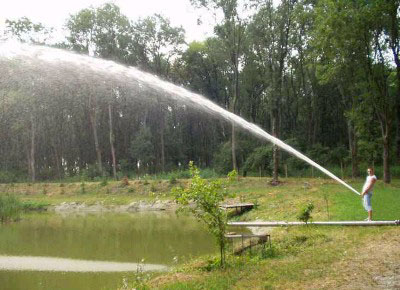 Why Your Fitness Goals SUCK… and How to Fix Them

“I’d like to be able to bench press my bodyweight for 5 reps.”

“I want to get my body fat down into the single digits.”

Do any of these fitness goals sound familiar to you? I know I’ve made many similar ones throughout the years. But they all have one thing in common: they SUCK!

Most people make goals such as this all the time, only to be utterly disappointed in themselves when they fall short.

But never fear my friends, I’m here with the secret sauce to make your fitness goals KICK some ASS!

I believe that, at the deepest level, we guys want to get in shape for any one of the following reasons:

Want to lose your beer gut, build broader shoulders, or run a marathon is less than four hours? I’m guessing if you kept asking “why,” and were 100% honest with yourself, you would come back to at least one of these four innate drives.

When it comes times to write down goals, one of the most popular techniques is the SMART method, an anagram that stands for:

Not bad, but it leads people to make goals such as “I want to lose 20 pounds of fat by Labor Day.” Sounds good, right? What could possibly be wrong here?

Unless you have an appointment with a plastic surgeon at the end of August (not a route I’d recommend), “losing 20 pounds of fat” is not something you can take action on directly. It is out of your immediate control.

As it turns out, this “goal” of yours is actually a “want,” something you desire to satisfy one or more of the “Big Four” I listed above. A goal should be an actionable plan to get you to this want. Here are some examples:

You get the idea. These are all things you can start doing today to get you to where you want to be by Labor Day. Much better than “lose 20 pounds,” which leaves you kinda helpless.

So, in summation, here’s your gameplan:

As Borat would say: “Great success!”

I’ll admit that I LOVE me some theory (geek that I am). I guess this is why I’ve been obsessed with health, fitness, and wellness for so long. The more you look into this stuff, the crazier things get! Seriously, it’s like Alice in Wonderland in here!

But this “analysis paralysis” can completely derail your goals. If you want something, start taking action to get there today. If your action goal (eat no flour or sugar six days per week) doesn’t get you any closer to your “want” (lose 20 pounds by Labor Day), you shouldn’t feel like a failure. You should be glad you gave it your best shot, figured out something that doesn’t work, and try something else!

It’s better to take action right now than it is to spend some more time mulling it over, or debating people over their beliefs. Trust me, no one has all the answers. Heck, even I don’t!

When it comes down to it, most of the things we really want are abstract, ephemeral, and subjective. By being specific, taking action, and tracking progress, you can finally have fitness goals that don’t just totally SUCK!