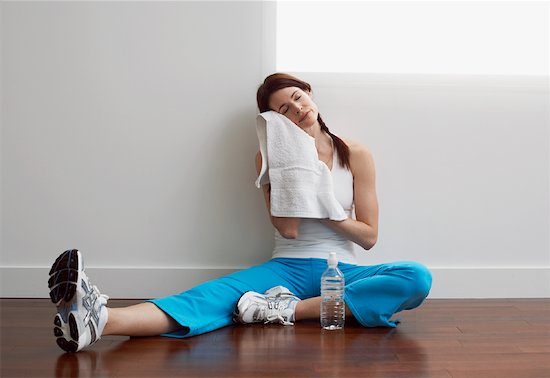 Exercising in the Heat May Improve Athletic Performance in Cool and Hot Conditions, Study Suggests

ScienceDaily (Oct. 25, 2010) – Turning up the heat might be the best thing for athletes competing in cool weather, according to a new study by human physiology researchers at the University of Oregon.

Published in the October issue of the Journal of Applied Physiology, the paper examined the impact of heat acclimation to improve athletic performance in hot and cool environments.

Researchers conducted exercise tests on 12 highly trained cyclists — 10 males and two females — before and after a 10-day heat acclimation program. Participants underwent physiological and performance tests under both hot and cool conditions. A separate control group of eight highly trained cyclists underwent testing and followed the same exercise regime in a cool environment.

“Our findings could have significant impacts in the competitive sports world,” said Santiago Lorenzo, a researcher who performed the work as part of his dissertation at the University of Oregon. He is now completing post-doctoral training in the Institute for Exercise and Environmental Medicine (University of Texas Southwestern Medical Center) at Texas Health Presbyterian Hospital Dallas.

The study found performance increases of approximately 7 percent after 10 heat acclimation exposures. “In terms of competitive cycling, 7 percent is a really big increase and could mean that cyclists could use this approach to improve their performance in cooler weather conditions,” said Lorenzo. However, the heat exposures must be in addition to the athletes’ normal training regimen.

Heat acclimation improves the body’s ability to control body temperature, improves sweating and increases blood flow through the skin, and expands blood volume allowing the heart to pump to more blood to muscles, organs and the skin as needed.

Another approach using the environment to improve exercise performance is a “live high/train low” regimen, which means residing at a high altitude and training at a low altitude. Many athletes worldwide now use this approach. According to Lorenzo, “heat acclimation is more practical, easier to apply and may yield more robust physiological adaptations.”

According to Christopher Minson, co-director of the Evonuk lab, head of the UO human physiology department and study co-author, researchers also concluded that the heat may produce changes in the exercising muscle, including enzymatic changes that could improve the amount of work done by the muscle, but he says future research will have to examine it further.

“A next step is to determine whether heat acclimation improves performance in a competitive or real-world setting,” said Minson.

He also notes possible implications for people with cardiac or other limitations such as paralysis that don’t allow for the full cardiovascular benefits of exercise. If heat can be added, “it’s conceivable that they would gain further cardiovascular benefits than exercise alone in a cool environment. These are exciting questions that deserve further study,” said Minson.

Additional co-authors include John Halliwill, UO human physiology, and Michael Sawka of Thermal and Mountain Medicine Division, U.S. Army Research Institute of Environmental Medicine. The research was funded by a grant from the Eugene and Clarissa Evonuk Memorial Fellowship and an ongoing grant to Minson from the National Institutes of Health.