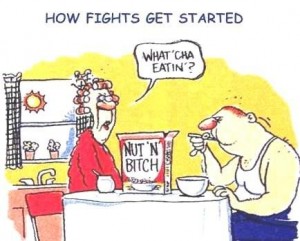 Delusional Pepsi CEO Says Doritos are Not Bad for You

PepsiCo CEO Indra Nooyi said on Fox Business Channel’s American Icon program that “Doritos are not bad for you.” She added that they are “nothing more than corn mashed up, fried up in oil, and flavored in the most delectable way.”

Of course, one bag of Doritos clocks in at 1,350 calories, with 162 grams of carbs. That doesn’t sound very healthy.

“Nooyi informs the interviewer that everything is okay in moderation. Which is, in moderate doses, true. But it doesn’t take a nutritionist to see that Doritos are, indeed, delectably flavored in a way that could cause a body a lot of harm.”

If you want to get right to the point, skip ahead in the video above to 13:00. It’s at that point when PepsiCo CEO Indra Nooyi states that Doritos and Pepsi-Cola are not bad for you, but rather are completely fine when consumed in moderation.

Obviously I strongly disagree, as both snack chips like Doritos and soda like Pepsi are on my list of foods you should never consume. Simply no reason that they should ever pass your lips.

Of course, this is not the first time Pepsi’s CEO has come up with a statement that boggles the mind. Just last month she also stated that the company wants to “‘snackify’ beverages and ‘drinkify’ snacks” as “the next frontier in food and beverage convenience.”

Pepsi is clearly going all out to try to change their junk-food image into one that’s more wholesome and natural, which is exactly why Nooyi wouldn’t let Fox’s reporter get away with saying any of their products are bad for your health … but really, let’s not mince words.

Doritos are NOT Health Food

Nooyi describes Doritos as nothing more than corn fried in a little oil and seasoned in a “delectable” way. What she doesn’t tell you is that “delectable” seasoning contains:

Further, snack chips of all kinds commonly contain acrylamide, which is formed when carbohydrates are cooked at high temperatures (i.e. fried). Acrylamide has been found to cause cancer and neurotoxic effects in animal studies, and damage to the nervous system in humans who were exposed to the chemical at work.

And this is also not even touching on the fact that Doritos are made from genetically modified corn, which should be avoided in its own right if you value your health.

Soda is Another Health Disaster

Pepsi’s CEO was quick to also mention that soda is not so bad for your health either, but what is the CEO of one of the world’s most popular soda brands supposed to say?

That drinking soda has been linked to more than 10 diseases, ranging from diabetes and kidney disease to high blood pressure and heart disease? And many experts, including myself, believe it is the central and primary factor contributing to the obesity epidemic in which one of every three people are obese?

Well, that would have been the truth, but it certainly doesn’t help support her cause.

Perhaps Nooyi would also you rather NOT know about one independent, peer-reviewed study published in the British medical journal The Lancet, which demonstrated a strong link between soda consumption and childhood obesity. They found that 12-year-olds who drank soft drinks regularly were more likely to be overweight than those who didn’t.

In fact, for each additional daily serving of sugar-sweetened soft drink consumed during the nearly two-year study, the risk of obesity jumped by 60 percent. Just one extra can of soda per day can add as much as 15 pounds to your weight over the course of a single year!

Any way you look at it, soda is a true health disaster, a beverage so bad for you that I can only recommend drinking it if you are literally near dying from dehydration and have no other choice.

One of the more troubling health risks soda drinkers face (as if obesity isn’t bad enough) is a higher cancer risk. Soda has even been shown to cause DNA damage, courtesy of sodium benzoate, a common preservative found in many soft drinks, which has the ability to switch off vital parts of your DNA. This could eventually lead to diseases such as cirrhosis of the liver and Parkinson’s.

Gout is another common health challenge that disproportionally affects soda drinkers, and this is directly related to the fructose content of soda.

Is Pepsi Trying to Deceptively Revamp Their Image?

Pepsi’s CEO is looking to beef up their share of profits from the healthy foods category, and hopes to boost their nutrition business from $10 billion to $30 billion by 2020, the Wall Street Journal recently reported. For instance, sometime in 2011 Pepsi’s Frito-Lay brand will be unveiling 50 percent of its snacks with updated all-natural ingredients. They will be removing dietary atrocities like monosodium glutamate (MSG), artificial colors, and other chemicals from certain varieties of their snack chips and more (it’s unclear whether Doritos will be part of this switch).

Pepsi will also be unveiling new Tropolis squeezable fruit pouches, which will come out under the Tropicana brand as a “healthy” snack, but which are nothing more than a heavily processed fruit concoction.

These products may be slightly less damaging than Pepsi’s “fun for you” product line, which includes not only Doritos but also Mountain Dew and other popular junk-foods, but they are not healthy, not even close.

Americans currently spend upwards of 90 percent of their food budgets purchasing processed foods like those PepsiCo manufactures, which offer very little in terms of nutritional value and typically contains ingredients that may actually cause you harm. If you really want to eat healthy, it’s time to take a look at your food budget and delegate 90 percent of it to real, whole foods — vegetables, grass-fed meat, healthy oils, raw dairy, nuts and seeds — instead. These are the foods that are truly good for you and will help your body to not only survive, but thrive.

You Can Make a Difference!

You can also make a difference with these products by voting with your pocketbooks. Once a threshold of consumers — and it does NOT take much, typically only 10% or so — make a decision to stop using a big brand’s products they will take notice and start to make changes in the direction your pocketbook votes.