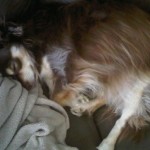 Check this video out from 2002. These Russian ladies are serious about their kettlebell training. Amazing! Yes Comrades.

The Story of Joshua ~ Coach D

You would think we were talking biblical times here. Not so. We are talking about now, today. This is a short story about an inspired athlete, Joshua Lopez. Joshua is a 11 year old athlete who loves training at Nxt Level Performance. He is a 6th grader who attends I.S. 863.  He plays shortstop in the West Shore Little league and as a hobby enjoys  playing the guitar. You’ll find him training at Nxt Level along side his teammates on Thursday evening & Saturday mornings. As all of his peers who train with Josh say, “he really puts his heart and soul into his training”. Josh always puts up impressive numbers in his AMRAP’s as well. As his coaches, Juan, Chris and I find Josh an elitist among the group. Since day one we all knew that there was something different, some fire in him that drove him to train with focus & conviction. Someone who gave it his all through all of those very tough sessions. Josh doesn’t say much but he has a lot on his mind. 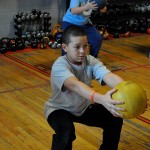 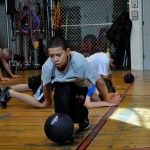 Even his father, Oliver Lopez, say’s “Joshua loves coming to Nxt Level, he loves training here”.  I believe Josh wants something in life bad enough thats he’s willing to work 110% to get it. He wants to become an elite athlete. You can tell just by his action’s. When I spoke to Oliver he said , “Josh has a whiteboard in his room where he puts up all of his workouts”. He also said, “Beginning each week he writes his workouts on his whiteboard, wakes up 30 minutes early before school and works out, he loves it”, now thats dedication.  As one of his coaches, it’s always a pleasure coaching Josh. He embraces the knowledge and expertise he receives, listens to instructions precisely and strives to be  perfect. His positive attitude separates him from the rest. He never complains, and always does his best.  He takes ownership in his athletic journey and seems to be in full control of his athletic future.

We believe in Joshua and we believe that Nxt Level Performance is building a bridge for him to cross as part of his  journey that will fulfill his dream of becoming an elite athlete in whatever sport he chooses. Keep up the good work Josh and always stay focused.

Josh’s whiteboard in his room. I see success and positive thinking in progress. We love it Josh.