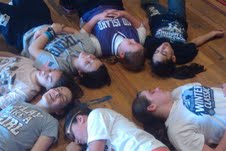 by Tiffany Spudich, PharmD
Does stress affect eating, weight, and where fat is distributed on the body? This is a question that has begged an answer from experts for many years. The body makes cortisol to help us handle stress. When stress goes up, cortisol levels go up. And it’s often repeated that obese people have higher cortisol levels than lean people.

Cortisol is a hormone in a group of steroids commonly referred to as glucocorticoids. Cortisol is a hormone produced by the adrenal gland as a part of your daily hormonal cycle. However, it is also a key hormone involved in the body’s response to stress, both physical and emotional.  Cortisol increases blood sugar levels, increases blood pressure, and suppresses the immune system, which is part of the body’s fight-or-flight response that is essential for survival. Your hypothalamus, via the pituitary gland, directs the adrenal glands to secrete both cortisol and adrenaline.

Adrenaline production increases your alertness and energy level, also increasing your metabolism by helping fat cells to release energy. Cortisol has widespread actions which help restore homeostasis after stress, including increasing production of glucose from protein to quickly increase the body’s energy during stressful times.

However, cortisol has a two-fold effect on fat. When the stress first occurs, fat is broken down to supply the body with a rapid source of energy. When we experience something stressful, our brains release a substance known as corticotropin-releasing hormone (CRH), which puts the body on alert and sends it into “fight or flight” mode. As the body gears up for battle, the pupils dilate, thinking improves, and the lungs take in more oxygen. But something else happens as well: Our appetite is suppressed, and the digestive system shuts off temporarily. CRH also triggers the release of the hormones adrenaline and cortisol, which help mobilize carbohydrate and fat for quick energy. When the immediate stress is over, the adrenaline dissipates, but the cortisol lingers to help bring the body back into balance. And one of the ways it gets things back to normal is to increase our appetites so we can replace the carbohydrate and fat we should have burned while fleeing or fighting.

“But when was the last time you responded to stress with such physicality?” asks Dr. Pamela Peeke asks, author of Fight Fat AfterFortyand an assistant clinical professor of medicine at the University of Maryland School of Medicine. Your body assumes you have just physically exerted yourself, for example running from a lion, and need to restock your reserves by eating a lot of carbohydrates or fatty food that can easily be stored as fat. In reality, you are probably still sitting in your car or at your desk, still fuming and stressed out. Dr. Peek notes that, “In today’s modern world, this elegant survival mechanism may be an anachronism that causes the body to refuel when it doesn’t need to. Sustained stress keeps up cortisol, that cursed hunger promoter, elevated and that keeps appetite up, too.”

This is where the potential second effect of cortisol comes into play.  Experts now believe that the problem for many of us is being in a constant state of stress. Exposure to cortisol over the long term can lead to weight gain, as your appetite and insulin levels are continuously increased. If stress and cortisol levels stay high, so will insulin levels, says Robert M. Sapolsky, Ph.D., a professor of biological sciences and neuroscience at Stanford University. Continual stress leads to a constant state of excess cortisol production, which stimulates glucose production. This excess glucose then typically is converted into fat, ending up as stored fat. According to Dr. Sapolsky, “The net effect of this will be increased fat deposition in a certain part of the body.” Furthermore, according to the authors of the book The Cortisol Connection, stress and the resulting chronic overload of cortisol, make you feel tired and listless. So you overeat to renew your energy and comfort yourself, with the end result of accumulated extra inches around the middle.1

It is generally suggested that stress-induced cortisol weight is usually gained around the waistline, because fat cells in that area are more sensitive to cortisol. The fat cells in your abdomen are richer in stress hormone receptors, are particularly sensitive to high insulin, and are very effective at storing energy – more so than fat cells you would find in other areas of the body. This is the most dangerous place to gain weight, as it can lead to metabolic syndrome, diabetes, and heart disease.

A recent study conducted by researchers at Yale University compared women who stored fat primarily in their abdomens with women who stored it mostly in their hips. They found that the women with belly fat reported feeling more threatened by stressful tasks and having more stressful lives. They also produced higher levels of cortisol than the women with fat on their hips. And that, the authors reasoned, suggests that cortisol causes fat to be stored in the center of the body.2

However, some researchers believe that cortisol’s connection to obesity may be more unsubstantiated than first thought and that cortisol levels may not be the sole, major factor involved in obesity and fat distribution. There are questions as to whether cortisol may rise prior to weight gain or if its increase is an impact of the weight itself.

One area of research involves mutations in a gene called the proopiomelanocortin (POMC) gene, which may cause obesity but simultaneously decreases glucocorticoid levels. This research shows that cortisol alone may not be major culprit in weight gain, and suggests that glucocorticoids are merely part of a chain of hormonal and neuronal signals associated with obesity.3

“The message has gotten across that glucocorticoids are involved in all obesity. And there is a lot of common talk about the role of stress in increasing glucocorticoids,” says Malcolm Low, M.D., Ph.D., a senior scientist and associate director in the OHSU Center for the Study of Weight Regulation and Associated Disorders. “It seems to make sense: There is a lot of stress today, and obesity is up. But when you look at the facts, it is not as clear.” Low notes, “There are multiple controls in our body that regulate body weight and appetite. Glucocorticoids are clearly involved in control of body weight. But it is not the only hormone involved. There are multiple systems involved in the brain and outside the brain that regulate how much fat we are going to have and how much appetite. There is no simple answer to treating obesity.”

Marci Gluck, Ph.D., of the New York Obesity Research Center at St. Luke’s-Roosevelt Hospital and Columbia University, studies the complicated relationship between cortisol, stress, and weight gain. “Most scientists agree that it is not a simple one-to-one relationship between cortisol and weight gain,” she says. “There are so many different peptides and hormones involved. Cortisol might not be the primary one.”

However, recent reports have suggested that a state of elevated cortisol levels in fat tissue cells without elevated cortisol levels in the blood may exist in obesity.4 Yet, these findings are inconsistent. It is possible that high levels of cortisol within the cells, such as in fat cells, may play a causative role in obesity, but this possibility requires further investigation.

If we do accept that chronic stress and elevated cortisol may be factors in weight problems, what can you do if you want to reduce cortisol? First, focus on becoming stress resistant. One of the best things to reduce stress and improve insulin sensitivity, for example, is getting regular exercise, even a daily brisk walk. Exercise not only helps promote weight loss by burning calories, but is also beneficial because it helps neutralize stress and its effects, which in turn helps you keep weight off.  Just a daily brisk walk can help to distract yourself from what is causing stress in your life, allowing your body time to move and awaken.

Second, practice stress reduction techniques such as meditation, yoga, and breathing exercises. Improving time management can also be essential to reducing stress in one’s hectic lifestyle. These activities or similar techniques, as well as getting adequate sleep, can help reduce your body’s physiological response to daily stressors.

Third, how a person perceives stressful situations is also important. One individual may feel major stress from a particular situation, whereas another person will handle it better by using the event as an opportunity to learn. Hence, stress makes life difficult, but our reaction to it is important as well.