Rest Day…or is it? 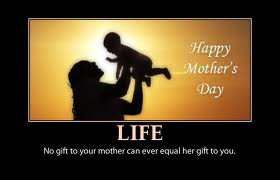 Should You Reduce Carbs at Night?

Bodybuilding lore has long preached that you should reduce carb intake in the evening. This is based on the theory that starches are more readily transformed to fat when eaten before bedtime. The reason goes something like this: The primary function of carbohydrates is to supply short-term energy for your daily activities. If carbs are not used immediately for fuel, they have two possible fates; they either are stored as glycogen in your liver and muscles or are indirectly (or in some cases directly) converted into fatty acids and stored in adipose tissue as body fat . Since activity levels usually are lowest during the evening hours, there is a diminished use of carbs for fuel. This would seem to set up an environment where the body is more inclined to convert carbs into fat. Sounds logical, right?

In the past, I had given the theory some credence based on the diurnal nature of insulin sensitivity. For reasons that aren’t entirely clear, insulin sensitivity is highest in the morning (1, 2). Hypothetically, this means your body is better able to assimilate carbs at this time, thereby keeping blood sugar levels stable. As the day wears on, insulin sensitivity gradually diminishes and, by evening, it’s at its nadir. Hence, carbs eaten at night would evoke a greater insulin response, fueling the processes that facilitate fat storage and suppress fat burning.

In addition, there is some research showing that consuming starches at night has a carry over effect to the next day. Specifically, eating a carbohydrate-rich dinner was found to increase the insulin response of the following morning’s meal (3). So not only are insulin levels elevated after dinner, but they apparently remain that way through breakfast if carbs are consumed in the evening.

While all this makes theoretical sense, it doesn’t seem to translate into practice. There is scant evidence that reducing carb intake in the evening has any negative effect on body composition. In fact, a recent study (4) suggests that evening carb intake may even have a beneficial impact! The study evaluated 78 obese police officers randomly assigning them to either an experimental diet where carbs were eaten mostly at dinner or a control group where carbs were spread out over the day. The study lasted 6 months–a good length of time to determine nutrition-related changes. The results? The subjects who ate most of their carbs at night displayed a greater weight loss, reduced abdominal circumference, and lower body fat compared to controls. The carbs-at-night group also had better satiety (as determined by lower hunger scores) and showed greater improvements in a variety of other metabolic parameters. The authors went on to conclude that “a simple dietary manipulation of carbohydrate distribution appears to have additional benefits when compared to a conventional weight loss diet in individuals suffering from obesity.” Whether these results will apply to leaner individuals who want to diet down to very low body fat levels isn’t clear, but it at least raises the possibility of a potential benefit.

Take home message: Theory doesn’t necessarily translate into practice. Just because something seems to make intuitive sense doesn’t mean it will work in the real world. It’s yet another reason to make sure you stay abreast of current research and use it to shape your approach to fitness.