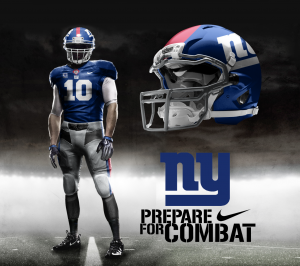 Alright NLP’ers, let’s not get to emotional today. You know that we are playing the New England Patriots. We have been working out hard all week, do we really want to destroy all the hard work we put into our bodies. No, seriously, we have to get out of that mindset that its OK to eat as much as the Brooklyn Bridge weighs, when really its not. We also have the big idea that because it’s Super Bowl Sunday, it’s the biggest excuse to eat like shit, when its really is not. I realize how pathetic this is. How did this tradition begin? There is no crossover between watching athletics and forcing food into one’s body. Will this epiphany stop you from making an annual three-pound Velveeta purchase on Super Bowl Sunday? Oh, hell no! I’ll buy that shit, try as quickly as I can to mix it with salsa and get it in the microwave before kickoff.

This doesn’t just go for football games, but most live sporting events. I don’t know why people feel the need to gorge themselves while watching an especially important sporting event, but I do, even though this is essentially like saying: “Hey, you guys out there on the field are physically fit in a manner that defies modern science, so I’ll appreciate that prowess by pouring fat into my arteries and drowning my brain cells in alcohol.” Don’t know what to make for that Super Bowl party this sunday? Well whatever you decide to bring or make for your friends and family doesn’t have to sideline anyone’s diet. Here are some healthy alternatives from Men’s Health.

Whatever you do, make our hot wings recipe. These wings are so delicious that they have the ability to instantaneously alter your life for the better—taste will seem like an entirely new and improved-upon sensation, your girlfriend will suddenly look like Minka Kelly, and the voices of your friends who showed up to your party justto root against your team will suddenly disappear until Monday morning.

2. On second thought, assign a guest to make our wings. You know how your hands and face look after you eat wings? Well that’s how your entire kitchen looks after you make them.

3. You know what is easy to make? Say, 10 of these incredible hoagies. Do as the great American Henry Ford once did: build an assembly line. As the bread splitting condiment captain, (politely) ask your girlfriend to be the meat and cheese maestro. The dog can help clean up any projectiles that may fly off the line.

4. Next to the bowl of chips and salsa, set out a bowl of extra-strength antacids. You will resist the urge to overeat, but the hot wings, beer, and chili will do to your buddys’ guts what Jason Pierre Paul plans to do to Tom Brady.

5. After the first scandalous GoDaddy.com commercial airs, taking out your smartphone and logging on “to see more” is not appropriate.

6. …unless it’s an all-guys Super Bowl party. Then stream it to the big screen.

7. Patriot wide receiver Wes Welker is a miniscule 5?9? and 185 pounds and Patriot tight end Rob Gronkowski is a refrigerator-like 6?6? and 265 pounds. Remember those facts. A guest will ask.

8. Reconsider the invite you extended to your girlfriend’s vegan pet therapist.

9. Because people unaccustomed to craft beers often don’t realize that some weigh in at over 11 percent ABV (which means a big bottle is equivalent to a bottle of wine. Read: highly irresponsible) be sure to pick beers that are under 6 percent ABV. Unless you want to play DD and drive everyone home after the game.

10. Speaking of beer. Variety is better. Buy two macros (we suggest a regular and light version), and a few different craft styles. Here are 32 ideas.

11. Never let the government plan your Super Bowl party. We can guarantee no one will come next year.

12. The Super Bowl is the only day of the year that girlfriends willfully and happily let their boyfriends wear replica sports jerseys—no questions asked. Take advantage. And while you’re at it, you know who else needs a jersey? The dog.

13. There are many fun things you can do at halftime. Watching Madonna is not one of them.

14. Skip the monotonous, mind-numbing pregame coverage and put the Puppy Bowl on the TV. You may even see a dog in a jersey.

15. Side bets on the Puppy Bowl: Highly encouraged!

18. Cook early. If you’re still in the kitchen when the game starts, no one is getting up to grab you a spatula, or an oven mitt, or help you put out that fire on the stove. No one.

19. With Tim Tebow out of the running, 40 percent of the people at your Super Bowl party don’t really care about the game. They’ve come to eat your food and drink your beer. Serve them everything they could ever want, with a hefty serving of spite and passive aggression on the side.

20. But if any of those people “Tebow,” cut them off from all food and drink. Tebow doesn’t eat unhealthy food and he sure doesn’t do much beer drinking, so guess what—neither shall Tebowers. -Psalm 3:67