NXT congratulates Vincent Aranda…. for the last 18 months you have been working your ass off and the results speak for themselves..
Give’em hell bro!!  You will now be known as Top Gun at NXT 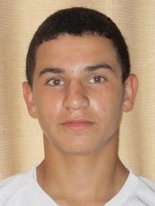 The Tottenville resident was invited to the four-day camp (July 21-24) because of his outstanding performance as a quarterback at Rutgers University camp in New Jersey. He will be joining the nation’s other top quarterbacks in his class and train with former NFL players and coaches. The camp is expected to include roughly 900 youth and high school players from across the country.

Top Gun is the culmination of Football University’s 28-camp nationwide tour, gathering the most elite performers from across the United States and allowing them to display their abilities together on one stage.

According to Rivals.com, “No event is bigger than Football University.”

The 5-foot-11, 155-pounder honed his skills in the Staten Island Boys’ Football League from the time he was 5, and has always played quarterback. Last season he helped coach Tony Vacatello‘s Spartans team capture the Senior Division championship. He also quarterbacked the South squad in the Pre-Freshman game last year.

Aranda is attending the National Underclassmen Passing Academy this weekend in Hampton, Virginia.

Start the routine with…
DB Thrusters continuously until each person takes a turn at doing 7 burpees.

“In three words I can sum up what I’ve learned about life: It goes on” – Robert Frost

The importance of the “Pull-Up” ~ Coach D

If the squat is the king of all exercises, the pull-up should be acknowledged with the same royalty. Simply stated, the pull-up is the squat for the upper body. The pull-up is an upper body compound pulling exercise where the body is suspended by straightened, fully extended arms and then pulled up until the elbows are bent and the head is higher than the hands or bar from which you are pulling.

The pull-up is characterized by hand position. An overhand (pronated) grip is used during the pull-up whereas an underhand (supinated) grip denotes the similar chin-up. The exercise primarily targets the latissimus dorsi muscle group in the back along with many other assisting muscles including the brachialis, brachioradialis, biceps brachii, teres minor, teres major, deltoids, infraspinatus, rhomboids, levator scapulae, trapezius, and pectoralis minor. The triceps brachii even acts as a dynamic stabilizer during the pull-up. The more muscles a movement utilizes, the more benefit the body receives. Accordingly, compound exercises give you a bigger bang for your buck.

There are many types of pull-ups. Most differentiations occur with regard to hand placement. The standard pull-up is performed with both hands placed in an overhand grip. As previously stated, the chin-up is performed with an underhand palms facing up grip. Additional variations include the over/under grip like that used while deadlifting. One hand is placed over the bar and the opposite hand is placed under the bar. Some power racks have bars that allow your palms to face each other. This is known as a parallel or neutral grip. I recommend this grip for anyone who may have lingering shoulder issues. The super strong may even perform a one arm pull-up, which provides six different grip variations.

Pull-ups are characterized as a body weight exercise, meaning that you only use your own body weight as resistance for the movement. This ensures that the weight being lifted is always the same. Body weight exercises are the ideal choice for those interested in fitness and strength but don’t have access to strength training equipment. Special equipment is rarely needed other than a bar to pull from. However, like the squat, deadlift, and overhead press, the pull-up is too valuable an exercise to avoid even in the absence of equipment.

Some people have their partner assist them by holding their legs or spotting them at the waist. I don’t recommend this method because the spotter usually ends up doing more work than the trainee. I also recommend avoiding lat pull-down machines. Contrary to popular belief, lat pull-downs won’t improve your ability to do pull-ups. How many times have you seen some clown hop down on a lat pull-down machine and with all the momentum they can muster, swing and cheat their way to ten reps with 250 lbs? These are the same fools who can’t even do one proper pull-up. Pull-ups will make you brute strong. Period. Stick to body weight exercises and free weight movements with barbells, dumbbells, kettlebells, or other strength implements. This will always have a greater strength transfer to real world activities, sports, and PRs on the platform.

Another type of pull-up is an explosive version known as the Kipping pull-up. To perform the Kipping pull-up, you develop momentum in the horizontal plane and then transfer it to the vertical plane. In other words, if you simply try to do pull-ups faster, eventually the swinging movement will occur. Speaking strictly from a fitness perspective, capacities for both work and power increase due to more work being done in less time. This translates to greater intensity. Greater intensity means better fitness. There is also an integration of upper and lower extremities working as a whole that is a gateway athletically to other hip/upper body coordinations. This movement correlates immensely to other powerful movements like the power clean and the snatch.

Although pull-ups help the deadlift and bench press, they act as an assistance movement for all three power lifts. Implementing pull-ups into your ROD will provide innumerable benefits. The strength built from pull-ups directly translates to increased pulling strength for the deadlift. Increased development in the trapezius will help create a larger shelf for the bar to sit on while squatting. Moreover, the increased upper back strength helps during the eccentric phase of the bench press by affording greater control of the barbell. Pull-ups will also help prevent shoulder injuries via a more balanced muscular development.

Don’t be the athlete or lifter who neglects training the back. Just because you can’t look into a mirror and immediately see your back doesn’t mean you should avoid training it. Many folks want to spend all their time looking in the mirror and working on aesthetics. Far too many people neglect training the back side of their bodies. This is a huge mistake. For athletes and powerlifters, your body is like a high performance vehicle. The front side of your body is just the hood ornament and the paint job. It may look nice, but it doesn’t really do much. Your posterior musculature is your engine. It’s the horsepower that drives the car. Pull-ups are one way to generate that horsepower. Form without function is useless. Make sure you’ve got something under your hood or you just might get run over.