The circuit is as follows: all 90 second rounds no rest…  last 30 seconds of each round  “I say you do”

Here is another Nxt Level trained athlete in action:

Alexa Tedeschi tossed a one-hitter, striking out six and Kristina Mazzarisi had three hits and two RBI as the Vikings opened their season with five-inning mercy rule win at home.

Megan Seaman and Noelle Mulligan had two hits and two RBI each.

Ohh Boy!! Here is another Nxt Level trained athlete making news. To think in January of 2011 Taylor was diagnosed with a SLAP tear to her pitching shoulder.  SLAP tear is an injury to a part of the shoulder joint called the labrum. The shoulder joint is a ball and socket joint, similar to the hip; however, the socket of the shoulder joint is extremely shallow, and thus inherently unstable. Well with proper training and strengthening at Nxt Level, Taylor has more stability and strength to accomplish below: Cudo’s Taylor. 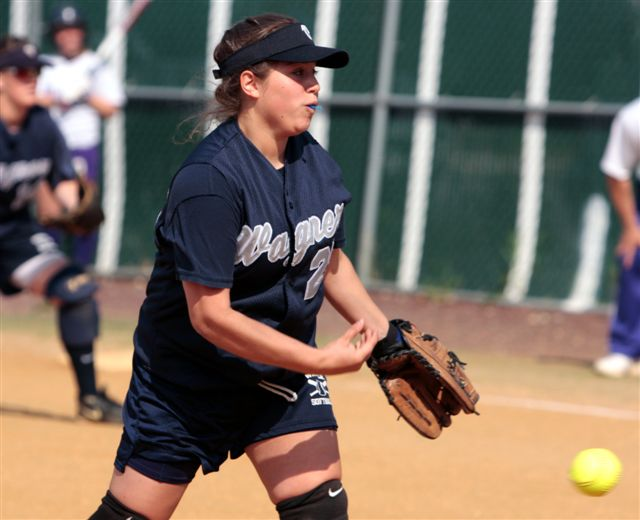 Taylor Sarcone was a one-player wrecking crew for Susan Wagner in its PSAL opener at Petrides on Friday.

The junior had three hits and three RBI, and pitched a complete game to lead the Falcons to a 7-2 win in Sunnyside.

Wagner, which was coming off a season-opening non-league loss to Moore Catholic, jumped ahead early with two runs in the first. Back-to-back singles by Danielle Locke and Kristine Ciurcina were followed by Sacrone’s RBI ground-rule double and Dayna Williams’ run-producing fielder’s choice.

The Falcons added another two-spot in the fifth. Locke doubled, stole third and scored on Ciurcina’s fielder’s choice. Sarcone then doubled and would score on a Williams ground out.

Wagner broke it open in the seventh when Sarcone tripled in two runs and scored when the ball was thrown away.

Sarcone lost her bid for a shutout when the Panthers scored twice in the bottom of the frame, but she finished with a six-hitter and no walks, to go along with three strikeouts.

Note: We, at Nxt Level Performance, are very glad to hear that all of our athletes are doing so well. They are outstanding individuals and deserve the recognition they recieve for their individual efforts. They work hard in the gym so they can play the game they love with minimal risk of injury. So we want to give a shout out to Taylor and Alexa for a job well done.