This is our modified schedule for the holidays.  We will resume our normal schedule on Tuesday January 3, 2012.

Your cardio-respiratory and muscle strength will benefit from our motivational, challenging and fun circuit training set to energetic music.

I’m going to ask a question, and I want your gut response. Answer fast.

What do you feed a lion?

Meat is the obviously correct answer. You would feed the lion raw meat. I think even the most ardent vegan would admit that lions are supposed to eat meat.

But why are they “supposed” to eat meat? How do we determine what a living thing is supposed to eat?

Obviously, lions are predators. They hunt and eat prey animals in the wild. But that’s not the whole story.

Lions hunt and eat animals, and they and their feline ancestors have been doing so for hundreds of thousands of years. Millions, even. That’s the key.

The hunting, killing, and raw meat-eating informed the evolution of the lion over many millions of years. The lion’s genetic makeup was shaped by meat-eating. Its teeth and claws are made for killing, its digestive tract is meant to process protein and fat. You might even say the lion’s genes expect the ancestral lion diet of raw meat and function best on such a diet. Conversely, a diet that diverges dramatically from the ancestral lion diet will probably be harmful, with the harm incurred proportional to the degree of divergence. A vegetarian diet will make your lion sick, weak, and probably overweight; a vegan diet will probably kill your lion.

No one would argue against feeding lions raw meat, and anyone who understands natural selection (and as a subscriber to this newsletter I’m sure you do) would agree that lions function best on a raw meat diet because they evolved on one.

This works with other animals, too. Cows eat grass, not meat. Cats, those little house lions, eat meat, not grain and vegetable. 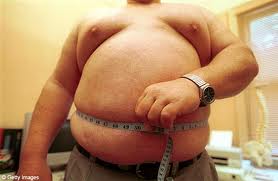 Then we developed agriculture, and for the next 9,900 years, grains ruled the human diet.

Now, we may not know exactly what our Paleolithic ancestors ate, day in and day out. We don’t have menus or food logs. But we do know what they did not eat.

Our ancestors did not eat grains, legumes, refined sugar, or processed vegetable oils.

The thing about people is that we are smart enough to exploit everything offered by the natural world. We don’t just stick to one source of food, like lions and their meat or cows and their grass. We branch out. We pick edible vegetation, we hunt large and small animals, we fish, we dig up edible roots, and we pluck berries from bushes. The wide variety available makes it difficult to pin down the specific evolutionary diet for humans… but that doesn’t prevent us from knowing what wasn’t available.

Here’s what we know:

Grains, beans, and legumes were not readily available until we developed agriculture roughly 10,000 years ago. Fossil records suggest that human health took a hit with the advent of agriculture, as much as you can tell from bones. Agriculturalists were shorter than and had more cavities, smaller brains, and weaker bones than hunter-gatherers. Life expectancy also dropped.

High-fructose corn syrup and vegetable oils were only made available in the last 100 years, with HFCS coming  just 30 odd years ago. Today, people are fatter, more diabetic, and get more cancer and heart disease than people living 100 years ago, even if you account for differences in lifespan. Most, if not all of those illnesses are directly attributed to our poor modern lifestyles and diets.

If you accept that the biology of animals, like lions, functions best on ancestral, evolutionary diets, wouldn’t the same likely be true for humans?

That maybe we should take a closer, slightly skeptical look at the foods that have only been available to humans for the last 10,000, 1,000, and 100 years? That maybe the meat, fish, fowl, nuts, seeds, fruits, roots and tubers that were available to hunter-gatherers for millions of years are actually good for us?

That’s what I call “Grok logic“. Grok, my fun name for the archetypal hunter-gatherer ancestor, is us.

We are Grok. Well, our bodies want to be, anyway. Our genes certainly think we’re still hunting and gathering because they’ve hardly changed in the last 10,000 years. Our genes expect certain things, certain foods, activity levels, and amounts of sleep. They function best when exposed to the same or similar conditions as under which they evolved.

And here’s the thing about genes. Genes can be turned on and off. They can be expressed. Just because you “have” a gene for, say, breast cancer or type 2 diabetes, it doesn’t mean you are destined to get breast cancer or type 2 diabetes. It simply means that if triggered by something in your environment, that gene will switch on (or off) and you will have a higher (or lower) chance of getting the disease.

This is called gene expression.

The things we eat, the amount of sleep we get, our stress levels, how we exercise, whether or not we get sunlight exposure – all of these environmental factors can trigger gene expression – for good or bad. And while just about everything we do can trigger gene expression, the list of things we really need to pay attention is quite short. In fact, it can be summarized in 10 simple laws. (Read more about the 10 Primal Blueprint Laws here.)

This is why I like Grok logic as a starting point when thinking about human health. It comes down to a pretty simple observation. When humans began diverting from their ancestral hunter-gatherer lifestyle, health suffered. When industrially processed food began crowding out natural, whole food, health suffered even more.

Today, people obtain most of their calories from refined grains, sugar, and vegetable oils. They endure chronic stress, lead sedentary lives, work jobs they hate, and live indoors. Today, people have more diabetes, heart disease, cancer, and obesity than ever before.

Coincidence? I doubt it.

Causation? I think it’s worth investigating.

In future lessons, we’re going to do that investigating. We’re going to look at many of the ways in which our modern lifestyles divert from our evolutionary past and how our health suffers for it. Everything from the food we eat, the shoes we wear, the sunscreen we slather, the chairs we sit in, and the exercise we do (or don’t do) is fair game.