Cravings: Why They Strike, How to Curb ThemROD

Our athlete’s performed this ROD on Saturday…. now it’s your turn.

1:30 min rest in between stations

149 Day’s till summer. Will you be ready for this?

What do you want to look like this summer? 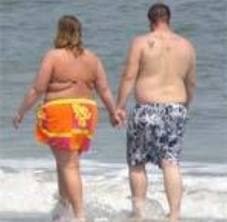 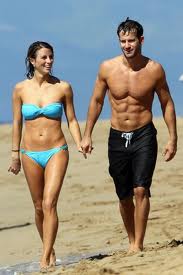 Cravings: Why They Strike, How to Curb Them

Almost everyone has hankered after potato chips, ice cream, chocolate, or another beckoning treat. But why? And what do you do when a craving calls your name? Is it OK to give in once in a while? What if your cravings start to run amok and demand satisfaction every day?

Food Cravings From the Inside Out

Cornell professor Brian Wansink, PhD, makes it his business to understand food cravings. He’s studied a woman who loved to cuddle up with her favorite snack: a bowl of popcorn mixed with M&Ms. He knows why hearty men crave steaks and pizza, while women usually go for candy or cookies.

Insight into cravings is important because our environment is loaded with sensory cues that can prompt us to overeat, Wansink says. He directs Cornell University’s Food and Brand Lab, which studies consumers’ relationships with food. (The lab’s motto: “We uncover eating traps and change them.”) He also wrote the book, Mindless Eating: Why We Eat More Than We Think.

Visual cues — such as seeing enticing foods — are the most frequent environmental triggers. Smells are potent, too. For instance, “You walk by a Cinnabon,” Wansink says, and the rich, sweet aroma can automatically trip a strong desire for the cinnamon rolls.

“The naive view has always been that cravings represent wisdom of the body,” says Marcia Pelchat, PhD, a food researcher at the Monell Chemical Senses Center in Philadelphia.

But it’s not so. Some of her work has shown that people have cravings even when they’re fed a diet that’s completely adequate in calories and nutrients.

“People will often say things, like, ‘Gee, I’m craving potato chips. I’d better eat some because I must need the salt,’” Pelchat says. “But really, how many of us — aside from runners in hot weather — are deficient in salt? And then how do you explain cravings for sweets in terms of deficiency?”

We feel virtuous blaming cravings on nutritional needs, Pelchat says. But “we don’t have such great wisdom of the body,” she says. “Unfortunately, humans rely less on instincts and more on culture to determine what they eat — or on individual experience.” (In her city, for example, a lot of men crave Philly cheese steaks.)

Wansink agrees that culture and gender play a big role in cravings. In his research, men were more likely to crave pizza, pasta, and soup over cakes and cookies. Why? Besides being tasty and filling, such hot, savory foods reminded them of attention from their mothers or wives.

In contrast, women liked these foods well enough, but associated them with work, including preparation and cleanup. So instead, women tended to crave hassle-free snack foods, such as candy, cookies, ice cream, and chocolate.

What about that woman who liked popcorn mixed with M&M’s? Not only was the snack easy to prepare, but it made her feel “cozy and safe,” Wansink says. She and her husband had made it as a “secret snack” when they were dating in college; hence, the positive association turned it into her favorite craving.

Almost everyone has hankered after potato chips, ice cream, chocolate, or another beckoning treat. But why? And what do you do when a craving calls your name?

Is it OK to give in once in a while? What if your cravings start to run amok and demand satisfaction every day?

Certain emotions, including stress, sadness, and boredom, can promote cravings, Pelchat says. “That’s another very strong correlate of cravings. A bad mood can become a conditioned cue for eating. Just like walking by the donut shop, being in a bad mood becomes a cue that elicits going over to the refrigerator.”

The happy eaters craved food to maintain their upbeat mood, he explains: “I want to do something to extend my happy feeling or my happy experience.” Furthermore, they tended to prefer “more meal-like, healthier foods,” he says. In contrast, people in sad moods were much more likely to seek out ice cream, cookies, or potato chips.

You also learn to crave certain foods in certain situations. “If you have a cookie every day after school, just walking into the house cues you to have a cookie,” Pelchat says. “If you don’t get that cookie right away, your mind obsesses about it and turns it into a craving.”

So you want to put your cravings back in their place. What should you do?

Don’t waste your time on bizarre methods. They don’t work for most people. For example, some models deal with cravings for sweets by taking one bite from a candy bar and spitting it out, or carrying a candy wrapper to sniff, Wansink writes in his book.

Here are some expert tips to try instead:

You may have heard that having a little bit of the food you crave is a good way to break the craving. Maybe not.

“We used to think that eating a small amount of those foods would extinguish a craving. For a long time, we thought that that was the way to deal with cravings, and it just doesn’t seem to work for most people,” Wansink says.

Rather than quitting the craving, continually eating the food may just strengthen the habit. “The more you eat sweets, the more you reinforce the cravings for sweets,” Pelchat says.

So should you go cold turkey? No, Wansink says. Feeling deprived of a favorite food often backfires and you end up eating too much. “You can indulge in it, but just do it less frequently,” he says.

“Allow yourself to have a food, but do it in a portion-controlled way,” Pelchat says. For example, don’t keep tempting foods at home, because it’s too easy to wolf down excessive amounts. Instead, go out for one scoop of ice cream or one slice of pizza.

Also, know yourself. Portion control doesn’t work for everyone, especially if tempting foods are on hand. Some people can count out and eat only 15 smoked almonds; others routinely barrel their way to the bottom of the can.

“There’s a very fine line between eating an unhealthy food and a healthy food in terms of how it satisfies cravings,” Wansink says. “You may be dying for that chocolate sundae or whatever, but eating something that’s healthier will eliminate that craving almost as effectively.”

For instance, eating apple slices with peanut butter might satisfy your craving as much as if you really did splurge on ice cream, he says. The sense of satisfaction might not happen immediately or even five minutes later, but it will kick in 15 to 20 minutes later, he says.

Just make sure to eat an amount equal to the volume of the craved food. Otherwise, “you’re still going to be hungry,” Wansink says — and your craving will still be there, waiting for you to give in.

Distract Yourself With an Activity Unrelated to Food

“Substitute something else until the craving goes away. It could be in the form of taking a walk or doing pushups or calling a friend,” Wansink says. Cravings are fleeting, he says. They’ll diminish or go away within an hour, if not sooner.

Don’t wait out a craving passively. An activity that’s “somewhat absorbing” will help you to resist, Pelchat says. “Even counting to 10 does help,” she adds. “People are less likely to eat the craved food. It gives them more control over it.

Have a Plan to Combat Chronic Cravings

“The most dangerous cravings are the ones that are chronic. Those are going to be the most difficult ones to deal with,” Wansink says.

Let’s say that on most days, around 3 p.m., you crave a sweet or salty food — jelly donuts or a big bag of cheese puffs. “In those cases, it can’t be a piecemeal, day-by-day strategy,” he says. That’s a set-up for failure.

It’s better to have a steadfast plan. Make sure to have sugarless gum on hand, ready to pop into your mouth when the craving strikes. Or make it routine to take a walk at that time. “Habitually, you replace that craving,” Wansink says.