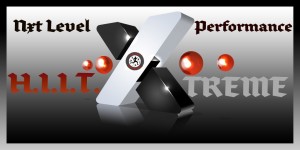 Fit Tips for this ROD – on the Hugs, alternate crossing arms/ Hip Thrusts go super heavy and squeeze glutes at top of movement/ Press DB’s overhead at middle of movement with a strong push-off on the lunge.

Our Super High Intensity Boxing Circuit class is a 1 hour ass kicking class that will leave you fatigued.

Your cardio-respiratory and muscle strength will benefit from our motivational, challenging and fun circuit training which is set to energetic music.

Push yourself and see what you’ve got!!!!

Why does fat deposit on the hips and thighs of women and around the stomachs of men?

Patrick J. Bird, dean of the College of Health and Human Performance at the University of Florida, explains.

We all do tend to fatten up with age, although there are interesting differences based on age and gender. Hormones drive the deposition of fat around the pelvis, buttocks, and thighs of women and the bellies of men. For women, this so-called sex-specific fat appears to be physiologically advantageous, at least during pregnancies. But it has a cosmetic down-side as well, in the form of cellulite. The potbelly, on the other hand, is a typical male form of obesity that has no known advantage and can be life threatening.

Throughout most of their lives females have a higher percentage of body fat than males. By 25 years of age, for example, healthy-weight women have almost twice the body fat that healthy-weight men have. This gender difference begins early in life. From birth up to age six, the number and size of fat cells triple in both boys and girls, resulting in a gradual, and similar, increase in body fat. But after about eight years of age, girls begin gaining fat mass at a greater rate than boys do. This increase appears to result from a lower female basal fat oxidation rate (a measure of the use of fat to fuel the body at rest), and it is accomplished by expanding fat cell size, not number. (Between six years of age and adolescent, there is little or no increase in fat cell number, for either boys or girls, in healthy-weight children. In obese children, however, the number of fat cells can increase throughout childhood.)

During the adolescent growth spurt, the rate of fat increase in girls almost doubles that of boys. It is marked by more and larger fat cells, and it is seen mostly in the gluteal-femoral area–pelvis, buttocks and thighs–and, to a much lesser extent, in the breasts. This general acceleration in body fat accumulation, particularly sex-specific fat, is attributed mostly to changes in female hormone levels. After adolescence, the accumulation of sex-specific fat more or less stops, or decreases dramatically, in healthy-weight women, and there is usually no further increase in the number of fat cells. Fat cells in males also do not tend to multiply after adolescence.

As most women know, it is more difficult to shed fat from the pelvis, buttocks and thighs than it is to trim down other areas of the body. During lactation, however, sex-specific fat cells are not so stubborn. They increase their fat-releasing activity and decrease their storage capacity, while at the same time fat storage increases in the mammary adipose tissue. This suggests that there is a physiological advantage to sex-specific fat. The fat stored around the pelvis, buttocks and thighs of women appears to act as reserve storage for the energy demands of lactation. This would seem to be particularly true for habitually undernourished females.

But this advantage brings one annoying disadvantage that many women experience: the orange-peel-look on the hips, thighs and buttocks called cellulite. Cellulite appears as body fat is gained and more of it is packed into existing cells. (Remember, new cells are not normally formed after adolescence.) These packed cells then swell and, when large enough, become visible through the skin. Adding insult to injury, as the skin gets thinner and less flexible with age, the puffed-up fat cells become even more visible. (Unfortunately, no cream, massage, vibrating machine, injection, pill, whirlpool bath, rubber pants or other gimmick will get rid of cellulite. The only help is general weight loss, with a sensible diet and regular exercise, which can reduce the effect.)

Men tend to store excess fat in the visceral, or abdominal, region. This deposit has no apparent physiological advantage. On the contrary, it is downright dangerous. A large potbelly, where waist girth begins to exceed hip girth, is strongly associated with an increased risk of coronary artery disease, diabetes, elevated triglycerides, hypertension, cancer and general overall mortality.

Potbellies pose these health risks because the fat that produces them is metabolically more active. Abdominal fat simply breaks down more easily and enters the chemical processes related to disease quicker than sex-specific fat or fat located in other parts of the body. Unfortunately, the belly fat is typically being restocked as fast, or faster, than it is being depleted.

Another problem for potbellied men is back pain. This is caused by the excess weight, a forward shift in the body¿s center of gravity resulting from the pot, and muscle weakness (particularly abdominal muscles) related to age and inactivity. Together these factors can lead to excess curvature of the lower spine (lumbar area) and pain as the individual works to maintain an upright position. (Incidentally, a potbelly–even a huge one–normally does not show the outlines of the bloated fat cells (cellulite) because abdominal skin is generally thicker and less taut than that covering the pelvis, buttocks and thighs.)

Body fat is, of course, necessary for life. Besides being a source of energy, it is a storage site for some vitamins, a major ingredient in brain tissue, and a structural component of all cell membranes. Moreover, it provides a padding to protect internal organs and insulates the body against the cold. But as we age, most of us tend to gain fat and weight–about 10 percent of our body weight per decade during adulthood. This stems partly from a steady decline in metabolic rate, but mostly from a decrease in physical activity. Still, getting too fat (more than 30 percent body fat in females and 25 percent in males) is associated with increased risk of disease and premature death, regardless of where the fat is stored in the body. As a society, we are severely stressing the scales to the point that obesity is now a national health epidemic.