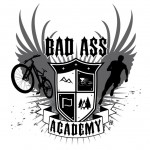 I’ve been warning readers of the dangers of soda since I started this site, well over a decade ago. Since then, science has caught up; now definitively showing the profound health risks of this popular beverage.

Amazingly, as of 2005, white bread was dethroned by soft drinks as the number one source of calories in the American diet! I keep repeating that statistic because I find it so incredible. According to recent statistics, Americans consume close to 50 billion liters of soda per year, which equates to about 216 liters, or about 57 gallons per person. That equates to a staggering amount of sugar!

Soda is on my list of the five absolute worst foods and drinks you can consume.  The video above offers a compelling illustration of why I make this claim.

In it, reporter Yunji DeNies drinks a 20-ounce glass of cola, which contains the equivalent of 16 teaspoons of sugar in the form of high fructose corn syrup (HFCS). This is nearly three times the maximum daily sugar intake recommended by the American Heart Association.

Once ingested, your pancreas rapidly begins to create insulin in response to the sugar. The rise in blood sugar is quite rapid. Here’s a play-by-play of what happens in your body upon drinking a can of soda:

As I’ve discussed on numerous occasions, chronically elevated insulin levels (which you would definitely have if you regularly drink soda) and the subsequent insulin resistance is a foundational factor of most chronic disease, from diabetes to cancer.

Fructose Turns into Fat Far Faster than Other Sugars, and Fats

Lately, the media has finally begun reporting on the science of fructose, which clearly shows it is far worse than other sugars.

Fructose is processed in your liver, and unlike other sugars, most of it gets shuttled into fat storage. This is why fructose is a primary culprit behind obesity—far more so than other sugars. According to the news report above, drinking two bottles of soda per day can make you gain a pound of fat per week!

Intense research over the past 40 years has confirmed that elevated blood levels of triglycerides, known as hypertriglyceridemia, puts you at an increased risk of heart disease.

Meanwhile, one of the most thorough scientific analyses published to date on this topic found that fructose consumption not only leads to insulin resistance but also decreases leptin signaling to your central nervous system. Leptin is responsible for controlling your appetite and fat storage, as well as telling your liver what to do with its stored glucose.

When your body can no longer “hear” leptin’s signals, weight gain, diabetes and a host of related conditions may occur. So, as you can see, fructose contributes to poor health through a number of mechanisms…

What Else is in Soda?

Before you grab that next can, take a look at some of the major components found in most sodas:

After looking at the list above, is it any wonder that a number of studies have now linked soda consumption with obesity and related health problems?

One such independent, peer-reviewed study published in the British medical journal The Lancet found that 12-year-olds who drank soft drinks regularly were more likely to be overweight than those who didn’t. In fact, for each additional daily serving of sugar-sweetened soft drink consumed during the nearly two-year study, the risk of obesity jumped by 60 percent!

As mentioned earlier, soda clearly elevates your insulin levels, and elevated insulin levels are the foundation of most chronic disease. Not only does drinking just one soda per day increase your risk of diabetes by 85 percent, it also increases your risk of:

One of the Simplest Ways to Radically Improve Your Health

By now you probably know what that is…

Eliminating soft drinks is one of the most crucial factors to address many of the health problems you or your children suffer. Again, this is because normalizing your insulin levels is one of the most powerful physical actions you can take to improve your health and lower your risk of disease and long-term chronic health conditions.

Pure water is a much better choice, or if you must drink a carbonated beverage, try sparkling mineral water with some lime or lemon juice.

If you struggle with an addiction to soda, (remember, sugar is actually more addictive than cocaine) I strongly recommend you consider Turbo Tapping as a simple yet highly effective tool to help you stop this health-sucking habit. Turbo Tapping is a simple and clever use of the Emotional Freedom Technique, designed to resolve many aspects of an issue in a concentrated period of time.