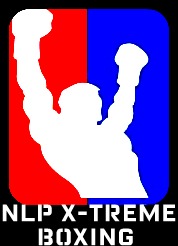 This Super Boxing X-Treme class is a 1 hour ass kicking circuit that will leave you in a puddle of sweat.

More Articles »Darren Jones wants to check himself into rehab for an unusual “addiction.” He says he’s so hooked on Diet Coke that he downs 18 cans a day and can’t leave home without it. Judging by his photos in The Daily Mail, all that diet soda hasn’t helped him control his weight, which was edging toward 500 pounds when the pictures were taken.

He’s not alone. Former president Bill Clinton, Victoria Beckham, Elton John and movie moguls Harvey Weinstein and Jeffrey Katzenberg have all admitted to a Diet Coke habit, according to the New York Times.

And then there’s Elisa Zied, a high profile registered dietician with no discernible weight problem and three books and numerous TV appearances to her credit. Last year she confessed to a Diet Coke addiction on Twitter, a deliberate strategy – she said she hoped that “putting it out there would make me accountable”.

Surveys show that people who drink these beverages rarely stop with just one. In fact, the typical consumer of diet sodas downs an average of more than 26 ounces per day, and 3 percent of diet-soda drinkers have at least four per day. But are hardcore diet soda fiends actually hooked?

If there’s anything in diet colas that could be addicting, the most likely suspect is caffeine (although many diet soda guzzlers prefer caffeine-free colas). Besides, comparisons with coffee show that cola can’t deliver the caffeine kick equal to a cup of java. An 8-ounce Diet Coke gives you a measly 47 milligrams of caffeine, compared to 133 in a cup of ordinary coffee and 320 in a Starbucks’ grande.

Learn about the most addictive prescription drugs on the market.

Another plausible explanation is habit: diet soda becomes part of daily rituals – a break from work, lunch, watching the news, you name it. And sipping a zero-calorie beverage may not seem to have downside to curb the urge to overindulge.

Study author Martin P. Paulus, MD, a professor of psychiatry at the University of California San Diego suggests that diet soda might be addicting because “artificial sweeteners have positive reinforcing effects – meaning humans will work for it, like for other foods, alcohol and even drugs of abuse.”

Is diet soda making you fat?

Beyond the addiction issue, diet soda has been linked to increased rates of heart attack and stroke, kidney problems, preterm deliveries, and, yes, weight gain. While not yet carved in scientific stone, the emerging evidence is a bit disturbing. Here’s a rundown:

•Heart Attack and Stroke: Drinking diet sodas daily may increase the risks for heart attack and stroke and other vascular events by 43 percent, but no such threat exists with regular soft drinks or with less frequent consumption of diet soda. These results come from a study including more than 2,500 adults published online in the Journal of General Internal Medicine on January 30, 2012. So far, no one knows what it is about diet sodas that could explain the added risk.

•Kidney Trouble: In 2009, researchers at Harvard found that drinking two or more diet sodas daily could lead to a 30 percent drop in a measure of kidney function in women. No accelerated decline was seen in women who drank less than two diet sodas daily. The drop held true even after the researchers accounted for age, high blood pressure, diabetes and physical activity.

•Weight Gain: Wouldn’t it be ironic if instead of helping you lose weight, diet sodas had the opposite effect? A study at the University of Texas Health Science Center at San Antonio found that compared to those who drank no diet sodas, study participants who did had a 70 percent greater increase in waist circumference; worse, drinking two or more diet sodas daily led to ballooning waist circumference that was 500 percent greater than those who drank none. This doesn’t prove that diet soda is to blame since the study was observational – it could be that participants began gaining weight and then started drinking diet sodas

None of this probably comes as a surprise to us all but we still continue to buy soda, drink soda and worst yet we let our childern drink soda – Juan