Sitting All Day: Worse For You Than You Might Think

Even if you exercise regularly, it might not be enough to counteract the effects of too much sitting.

Many people have sedentary jobs and also engage in sedentary leisure activities after work, with the result that a lot more time is spent sitting than moving. A study calculated how much time a group of men spent sitting during an average day, and found that those who sat during the day were substantially more likely to die of heart disease.

As you likely know and understand I am a major proponent of exercise and believe it is absolutely essential if you are going to achieve any level of high-level health and wellness.

Exercise has been a lifelong passion of mine and I have been regularly exercising since 1968, over 43 years and counting now and I don’t ever plan on stopping till I exit this world.

It has been a journey as the first 25 years of my journey I am certain I caused some harm by overly focusing on aerobics and not understanding high-quality nutrition integration with exercise. Fortunately, I have learned much in the last ten years from some really amazing pioneers that has radically improved my health and hopefully many will seek to apply it to their own fitness programs.

What Did the Researchers Find?

The research linking too much sitting with increased risks of disease and premature death is quite eye-opening:

An editorial in the British Journal of Sports Medicine also highlighted much of the recent evidence linking too much sitting with biomarkers of metabolic health. They reported research showing sitting time correlates with an increased risk of type 2 diabetes, heart disease and other prevalent chronic health problems.

Perhaps most potentially disconcerting about the health risks of sitting is that exercise does not appear to be enough to counteract its negative effects. This makes sense, really, as how could one hour of activity make up for 15 hours of sedentary ones (plus eight hours of sleep)?

“Even if people meet the current recommendation of 30 minutes of physical activity on most days each week, there may be significant adverse metabolic and health effects from prolonged sitting — the activity that dominates most people’s remaining “non-exercise” waking hours.”

In other words, even if you’re fairly physically active, riding your bike to work or hitting the gym four or five days a week — you may still succumb to the effects of too much sitting if the majority of your day is spent behind a desk or on the couch.

Researchers have dubbed this phenomenon the “active couch potato effect.”

As written in the journal Exercise and Sports Science Reviews:

“We further examined relationships of TV time with continuous metabolic risk in men and women who reported at least 150 [minutes per week] of moderate- to vigorous-intensity physical activity — the generally accepted public health guidelines for health-enhancing physical activity.

Among these healthy physically active adults, significant detrimental dose-response associations of TV time were observed with waist circumference, systolic blood pressure, and 2-h plasma glucose in both men and women, as well as fasting plasma glucose, triglycerides, and HDL cholesterol in women only.

This observation — the Active Couch Potato phenomenon — is important.

The particular metabolic consequences of time spent watching TV are adverse, even among those considered to be sufficiently physically active to reduce their chronic disease risk. This finding reinforces the potential importance of the deleterious health consequences of prolonged sitting time, which may be independent of the protective effect of regular moderate-intensity physical activity.”

Can Too Much Sitting Drastically Increase Your Risk of Disease?

That is one of the reasons why I was intrigued with this study, but I am not convinced in the conclusion they reach and suspect more of it is related to the lack of optimal exercise than the actual act of sitting.

It is my belief that we all require some level of high-intensity exercise training, like the High Intensity Interval Training about twice a week or so and if we fail to incorporate this into our exercise program there will be negative health consequences. Since it is likely that far less than 5% of the population engages in this activity it is no surprise that this association was found.

Obviously there was not a group in this study that was compared using this form of exercise as it is not widely practiced or even appreciated among most researchers as different from traditional cardio type exercises.

Sitting is not intrinsically harmful — except when done incorrectly for long periods on a consistent basis. Your body simply wasn’t meant to be sedentary and numerous metabolic and other body processes are negatively impacted by long periods of inactivity.

So I simply do not accept the conclusions of these researchers, as everything I know and understand about exercise and health does not align with their controversial findings.

What Can You do to Reduce Your Sitting Time?

Having expressed my disagreement with this study there are still many changes you can make to minimize the impact of too much sitting. Clearly sitting is not something most of our ancient ancestors did so doing too much of it is likely to lead to problems. Unfortunately, most of us, including me, spend the majority of our day sitting.

One of the things I do to compensate for this is to spend about one hour or more every night lying on the floor doing an Egoscue exercise called the tower, which I reviewed in a recent article. It is a powerful simple structural movement that helps to realign my body posture and helps to radically compensate for the structural DE compensation that occurs as a result of sitting too much.

Simple Egoscue Exercises to Try Out

Following are four examples of Egoscue exercises that you can also use to help compensate for some of the damage caused by excess sitting. For more information about Egoscue, visit Egoscue.com or PatchFitness.com. You can also email painfree@egoscue.com with questions. 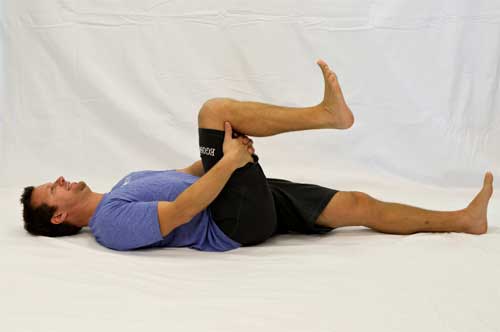 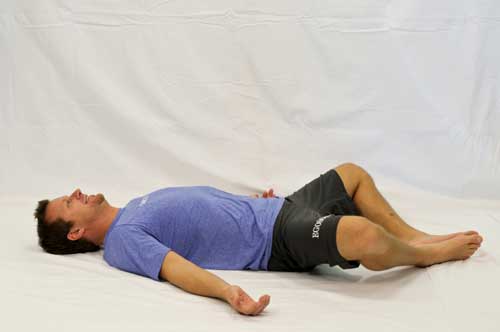 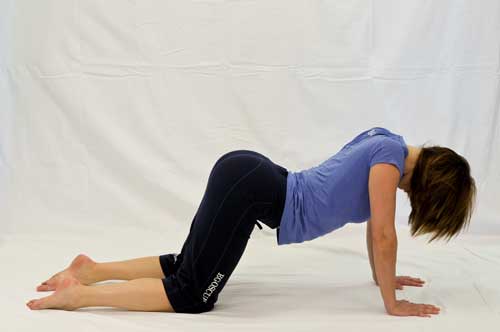 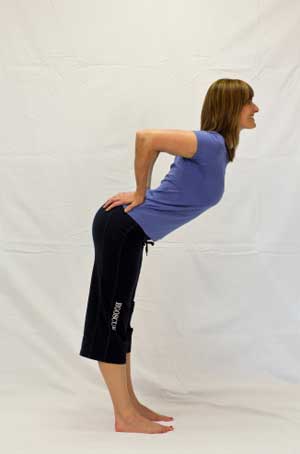 Remember to make your exercise time count by including very high-intensity sessions such as you get at NLP. You probably do this at least twice to three times a week at the least. You’ll also want to include exercises that really challenge your body intensely along with those that promote muscle strength, balance and flexibility.

Then, don’t just collapse on the couch after your workout. Challenge yourself to stay as active as possible even during your non-exercise hours to reach your highest level of health.