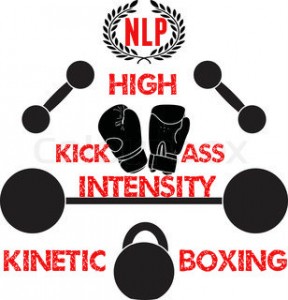 When other “cardio boxing” classes get boring after a couple months, our Boxing class stays stimulating and demanding both mentally and physically!

The following equipment can be used body-bar, sandbag, dumbbell, or kettlebell.

NEW YORK (MYFOXNY) – What do Kobe Bryant, Alex Rodriguez, and Tiger Woods all have in common? Blood spinning.

A healing technique called PRP, protein-rich plasma, which was once available only to elite athletes, is now benefiting weekend warriors.

Valerie Oltarsh-McCarthy, 55, is an adventure traveler and works out five or six times a week. Valerie had experienced knee problems for years, but six months ago arthritis in her right knee sidelined her.

“It’s really painful to squat or bend down so it really inhibits a good bit of stuff that I’d like to be able to do,” she said.

In hopes of avoiding surgery, Valerie turned to Dr. Brian Halpern. He recommended PRP therapy, which uses the patient’s own blood and platelets to heal the injury.

“We take your blood, we spin it down, we concentrate your platelets and we inject your knee with your own platelets,” Dr. Halpern said.

A vial of the patient’s blood is drown and placed in a centrifuge where it spins at an extremely high speed. Once the vial is removed, the red and white blood cells are separated from the platelet rich plasmas.

“It uses your own platelets, which you do not react to at all,” Dr. Halpern said. “They talk to your own cells. They activate growth factors and try to reboot your healing computer whatever body part we’re dealing with.”

Valerie, who had PRP done on both knees, said the results were really good.

“Within about a week or so a real diminishment of the acute pain in my knee and then over a couple of months much greater mobility in me knee,” she said.

Some doctors say that more scientific evidence is needed to determine the effectiveness of PRP treatment.

“It’s not quite ready to be used universally, but I mean that shows some promise. But it’s just preliminary data,” Dr. Joe Bosco said. “The evidence there is really lacking.”

He had waited seven years for this moment and when his doctor suggested PRP he decided to take a chance.

“I had no idea what it was and I’d never heard of it,” Babin said.

“It’s a very effective therapy and it worked on me,” Babin said. “More people need to understand that there is more out there than is traditionally offered.”

The treatment has few side effects. However, the injections can be costly and are not covered by most insurance plans. Prices range from $500 to $3,000.